Laurie’s favorite vegetable is Squash, any which way you make it, and we’re always looking for fun new dishes to enjoy it in. Will came up with this one for a recent Farmhouse Supper Club using thinly sliced Squash to stand in for the homemade Pasta. It was so good we have had it several times since! It’s a great light supper entrée or lunch dish and you can add meat if you like. We hope you try this recipe because it’s a keeper.

Use a mandolin or sharp knife to slice the Squash very thinly lengthwise. Any kind of Squash will work so try different varieties. In a skillet over medium heat cook the Tomatoes, Onions, Garlic and half of the Fresh Herbs with 2T Olive Oil, season with salt and pepper. You just want to “melt” the fresh sauce, not cook it too much. If you like you can also brown 1/2 pound Ground Beef, Pork or Sausage, set aside. Another option is to add Mushrooms, Kale, Swiss Chard or Spinach. To assemble: layer the Squash, sauce, cheese, meat and fresh herbs in a baking dish. Cover and bake at 350 degrees for 30 minutes, allow to rest before serving with salad. We have had good results freezing the Squashsagna, too. It makes a great go-to dish after a long day! 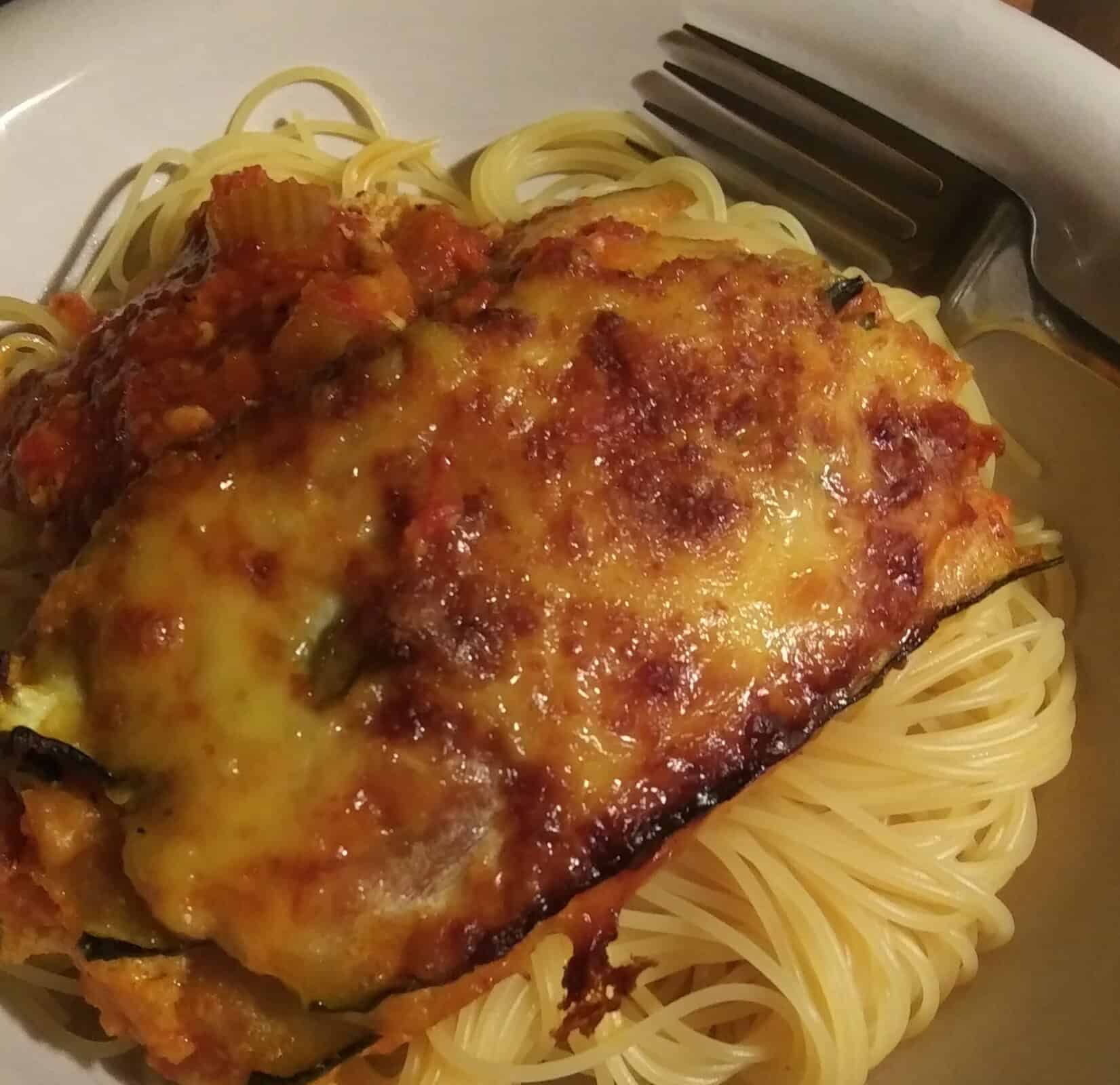